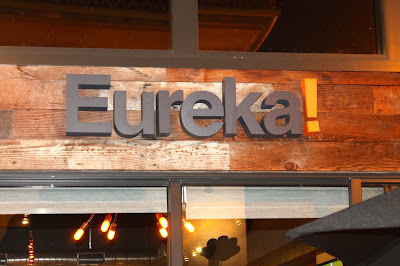 I’m typically not a fan of chain restaurants because as food writer for the last decade (Santa Barbara News Press, Gayot.com) there are plenty of individual restaurants that are worthy of your dollars. Also typically, chain restaurants are either so homogenized, bland and tedious or, like the Planet Hollywood concept, it’s all about a barrage of stimulation, a perfect place to eat if you have ADHD. But Eureka! elevates food and drink creating a more local experience while still crafting creative, consistent food. The Santa Barbara location uses reclaimed wood walls to encompass the interior, and the indoor and outdoor seating and open windows expand the look and casual vibe. One of Eureka’s selling points is that they feature American made craft beers and whiskies, not mainstream ones like Jack Daniels or Sam Adams, but small batch stuff. In fact they carry 58 whiskies at their brown spirits bar and 30 craft beers, which are constantly rotating. And each restaurant utilizes local ingredients and, if possible as is the case here in Santa Barbara, offers local brews and whiskies – we have AscendantSpirits in Buellton and Eureka carries some of their very good spirits.
I stopped in recently (I’ve been several times) to sample a new seasonal dish - Fried Chicken Sliders ($11.50), and cocktail - Scarves and Yoga Pants ($12, see recipe below). The two sliders served with hand cut fries is crispy pieces of chicken, herb mashed potatoes, what they call confetti slaw and their spicy reaper chili sauce with plenty of heat and spice. The lightly toasted but is a counterpoint to the crisp chicken and crunchy slaw and the reaper, while not deadly, is a spicy-hot concoction. The cocktail (you need not wear lululemon to drink this) uses rye whiskey, a pumpkin spiced simple syrup and cream among other ingredients to make a near milk shake-like drink which is mild on the rye, offering that coveted pumpkin note with a creamy viscosity –perfect to warm you up and the fall temperatures drop.
Of course Eureka! has a terrific menu including a Jalapeño Egg Burger ($12) that uses a fried egg atop a burger with cheddar cheese, bacon, and a spicy chipotle sauce. Rich and moist, sloppy and spicy this meets every expectation. The egg gives a creamy gooiness to the burger and the spiciness from the jalapeno is potent but not overwhelming.
There are small plates, and appetizers like the Lollipop Corn Dogs ($7.50) which are five small round Polish sausages breaded in sweet corn batter, deep fried and served with three dipping sauces including a porter mustard sauce, a house made ketchup, and a cheddar cheese IPA dip which, for my tastes is delightfully rich and savory and the better sauce. The Bruschetta ($7) is five toasted baguette slices topped with ripe diced tomato, basil goat cheese, lemon zest and balsamic vinaigrette. This is fairly typical of bruschetta however the spreadable goat cheese adds a savory element and creamy texture.
The Cobb Salad ($12) is a mix of grilled chicken, crumbled blue cheese, hardboiled egg, avocado, bacon, onion and a spicy ranch dressing. There is spicy heat on the dressing and the ingredients are fresh and clean with definable flavors. It's the totality of the various components which make this work. The dressing too, minimally applied, provides an extra dimension of flavor. If you haven’t tried Eureka! Yet, now is the time.

Scarves and Yoga Pants
Posted by Michael Cervin at 9:58 AM 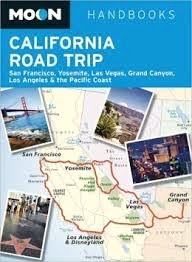 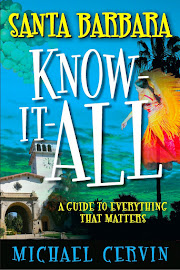 MY PRINTS AND GREETING CARD PORTFOLIO FROM FINE ART AMERICA 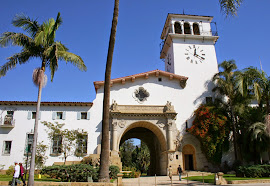